As we can empower the citizen to have control of their personal data and their digital identity and to make them open, free, without intermediaries, with the public or private sector, locally or internationally

Digital identity has become a key driver of digital transformation, as demonstrated by the most advanced countries in the information society (countries Nordic, Singapore, Estonian, .), where they have pushed for very wearable, mobile-friendly, collaborative initiatives public-private. At the same time, in many others territories digital identity has become a barrier to digital development due to lack of solutions easy, safe, global and trustworthy.

We are experiencing a digital revolution with the advent of different advanced technologies that create great opportunities for transforming and rethinking public services. This is the case with blockchain or distributed register networks (DLT). An informal way to describe the value of Blockchain is that it can handle reliable electronic transactions between strangers without a trusted third party. Raise, no doubt, a paradigm shift which will create a great variety dand new applications and services.

Today, our economy is heavily based on intermediaries who guarantee or certify a transaction or some information. Intermediaries are usually expensive, slow and often offer little value. Some of them are banks, insurance companies, public registers (land, trade, etc.), notaries, certification bodies and, of course, the public administrations. One of the main functions of administrations is to manage information and provide official documents or certificates on licenses, permits, registration in public databases, etc. Therefore, the role of administration may be questioned in the future in some of these services.

The big problems we currently have are the following:

Blockchain and DLTs are exciting propositions for solving these challenges, but right now they are disruptive technologies for the future in the public sector. A thorough analysis of work, studies, reports and technology solutions has been performed (see more information) and it has come to the conclusion that there is no solution for the digital self-sovereign digital identity in the public sector, mature, generally implemented in an administration or territory, that has shown its potential benefits in the world market.

Make a pilot which facilitatedi to the Catalan citizens have of a global, self-managed digital identification service based on blockchain technology and international standards (IDCAT Blockchain), which allows them to authenticate in electronic action before public and private administrations in Catalonia, the State and internationally. Self-managed digital identity is constituted from the set d'evidence ("claims") verified that a person receives from the issuing entities.

Specifically the   has to:

In this work s'have analyzed the main initiatives worldwide.

A possible scheme of the solution would be the following one: 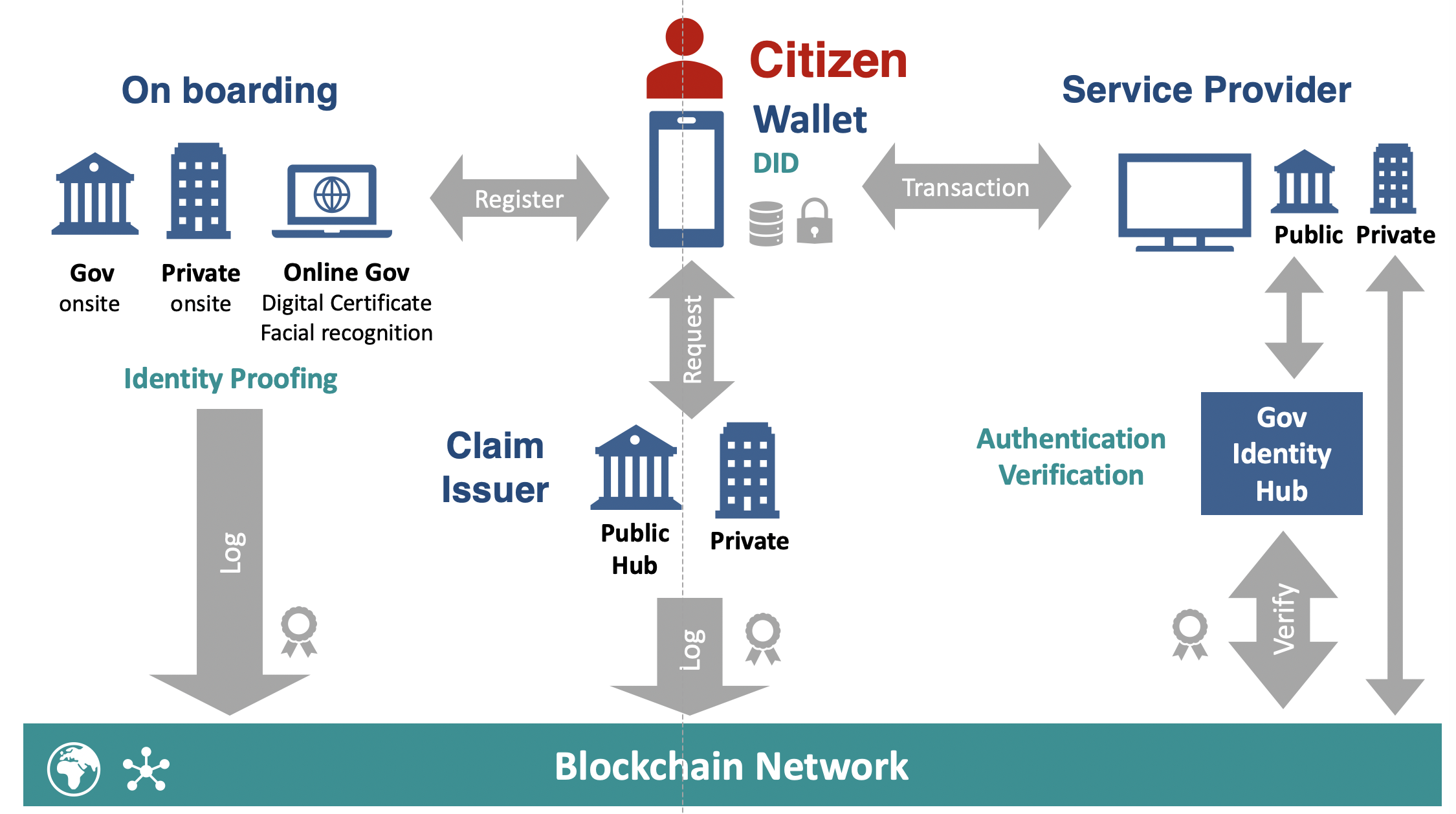