"AOC, 20 years is nothing", by Concepción Campos 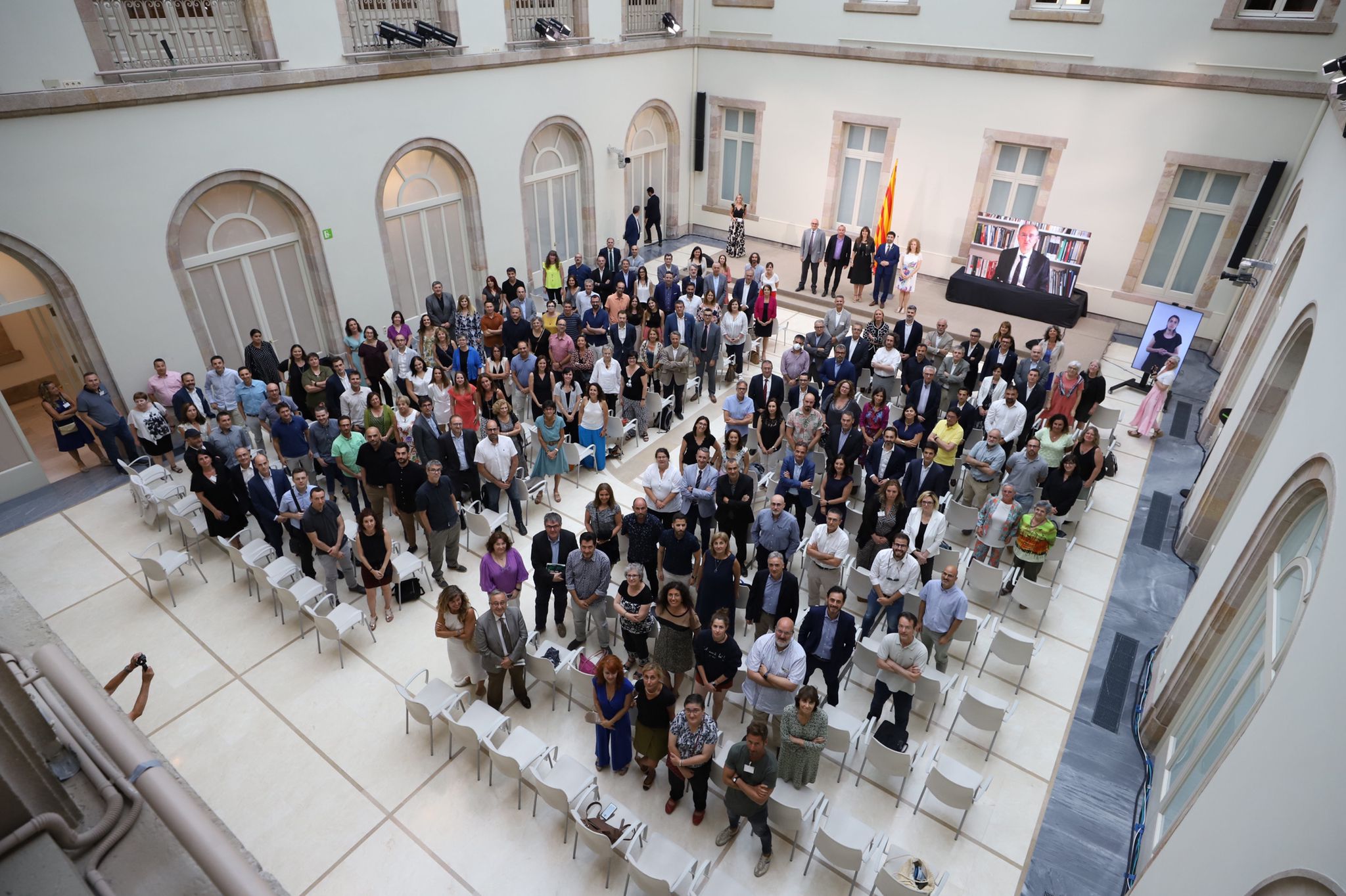 AOC How many times have you read these acronyms? Do you really know what they mean? But really, it is not enough to decipher the terms that are hidden behind each of them Open Administration of Catalonia, but what it is, what it does and how it carries out its functions the AOC Consortium.

To begin with, we must say that if you still don't know, the Consortium has already completed several three years, no less than 6 out of 7, because in 2022 the Consortium will have completed 20 years of life. Let's look back, what was happening in the digital world when the AOC was born?

Well, formally we could say that nothing, although computers had been incorporated into public management, partially, there was still no talk of digital transformation, of the innovative concept of model change that is now being used 20 years later, we could even say that in many cases the change was limited to using computers as mere advanced typewriters.

Despite this, over the years the AOC has been accompanying and even anticipating future trends in the management of the digital transition, in a very special way for local entities. Let's not forget that in Catalonia we have 947 municipalities, of which 336 have less than 500 inhabitants. Needless to say, the shortage of material and personal resources in municipalism requires a multilevel governance model that, in this case, represents the AOC. The stress test caused by the pandemic and the rapid generalization of telework and the electronic channel is a good example of this.

The distinctive element of the AOC is determined, in the first place, by the capacity to bring together the whole of the Catalan public sector, since the Consortium is constituted by the Generalitat de Catalunya, which is related through the Department of the Presidency, and the local consortium by to the development of telecommunications networks and new technologies, Consorci Localret, through which the local Catalan entities participate in the governing bodies, and is based on a plural governance model, in which the 4 Provincial Councils are contemplated of Catalonia and the 41 County Councils.

Secondly, due to its purely instrumental and specialized nature, compared to other described models that have multiple objectives, lacking, as a result of expert knowledge and experience in the development of technological solutions and design of strategies for the transformation of the digital model, overturned in the specialty of the local world. Professional and professionalized management based on data management, as demonstrated by the different lines of action deployed throughout the 20 years of operation, the creation of the Digital Maturity Index (IMD) which has marked a differential event in relation to the approach adopted by the AOC, making it a good basis for the evaluation of public policies. What is not measured cannot be improved.

Currently, AOC is considering 3 very defined lines, promoting digital identity, promoting interoperability and facilitating the digital transformation of public administrations, without neglecting one of its hallmarks: innovation based on data management. Among other things, work is being done to promote the use of intelligent process automation robots (RPA) to solve complex operations involving different organizations. For example, when promoting automated metaconsultation initiatives in Open Way, precisely one of the areas with the greatest potential for automation is Open Way consultations and integration with electronic file management applications.

Because the complete development of the digital administration base is a key factor to advance the management of data in the improvement of public services, through proactive public policies that allow quality public services, moving towards the "tayloring" of services public It is a line of work already open, as the project demonstrates My Space (MyGov) Without stopping to delve into the most advanced possibilities, an example, the Metaverse, with the creation of a virtual AOC space created within the CatVers.

Always thinking about citizenship, putting people at the center. Because the digital transformation and the model that AOC has put in place during these 20 years is not only about technology, that too. It focuses on the guarantee of people's digital rights, in which there are no first-class citizens and second-class citizens depending on the part of the territory in which they reside, the municipality in which they are located. Because the digital transformation also leads to the exercise of fundamental rights, rights such as education, health and justice. It does not seem that the alibi of technological progress should be an obstacle in his exercise.

As Gardel said, 20 years is nothing. It has been 20 years since an organizational innovation project for the digital transformation of Catalonia, the Consorci Administración Oberta de Catalunya (AOC), has been underway. 20 years that represent a turning point for the moment in which they are fulfilled, in which the digital element has been shown to be central to continuing to build a better society, and allows us to review the results of the model put in place during this period and its solidity, but also to stop and think about designing the road map for the next 20 years, time will tell if in the Metaverse or in other new technological disruptions not yet known. There is no doubt that the AOC will be there.

Catalonia, the only territory of the State where you can obtain a digital identity with a selfie according to a report

Receive weekly doses of vitamins to move towards a digital government